Eero Aarnio is the Finnish designer and innovator responsible for some of the most recognisable and best loved pieces of furniture of the last century. Having always preferred to work from home, surrounded by his family and creations (and with his smoke sauna just a few short steps down the garden path), Eero has never had an independent studio.

His designs have been shaped accordingly: even the chair that launched his career in 1966, the Ball Chair, was conceived because he wanted a seat which would fit the four of them together. His daughters – muses, models and product testers when they were very small – are still very much involved in the business today and his wife, Pirkko, remains his closest conspirator.

Eero is well known for having pioneered the use of new materials (in particular plastic and fiberglass) and processes in order to create the unusual forms that have sprung from his sketchbooks for over sixty years. His imagination is fuelled by a continual curiosity, the urge to question ‘why?’, ‘how?’, and ‘might it be possible to…?’

This innovative and intuitive approach led to his breaking the typical Scandinavian design mould of the mid twentieth century. At a time when sober clean lines and angles were the order of the day, Eero bent the rules and rounded the corners. Did he break the mould? He didn't need to, he simply made a new one.

The Ball Chair, the Bubble Chair, the Pony. Eero's creations aren't just pieces of furniture, they are characters in their own right. They are extraordinary because they have been designed in an extraordinary way: from a place of love and optimism, shaped by gut feeling, curiosity and imagination. 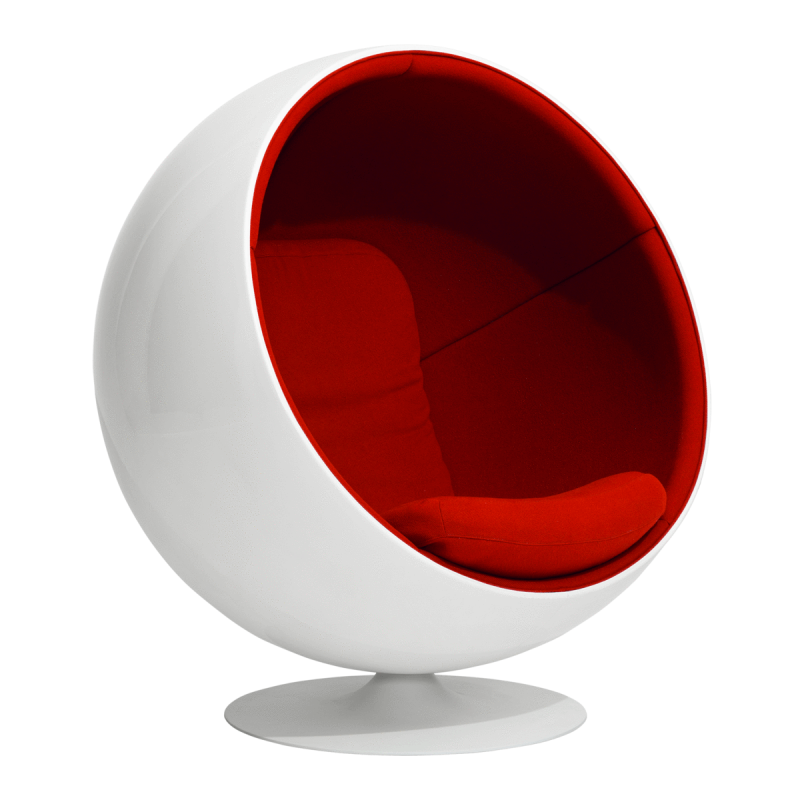 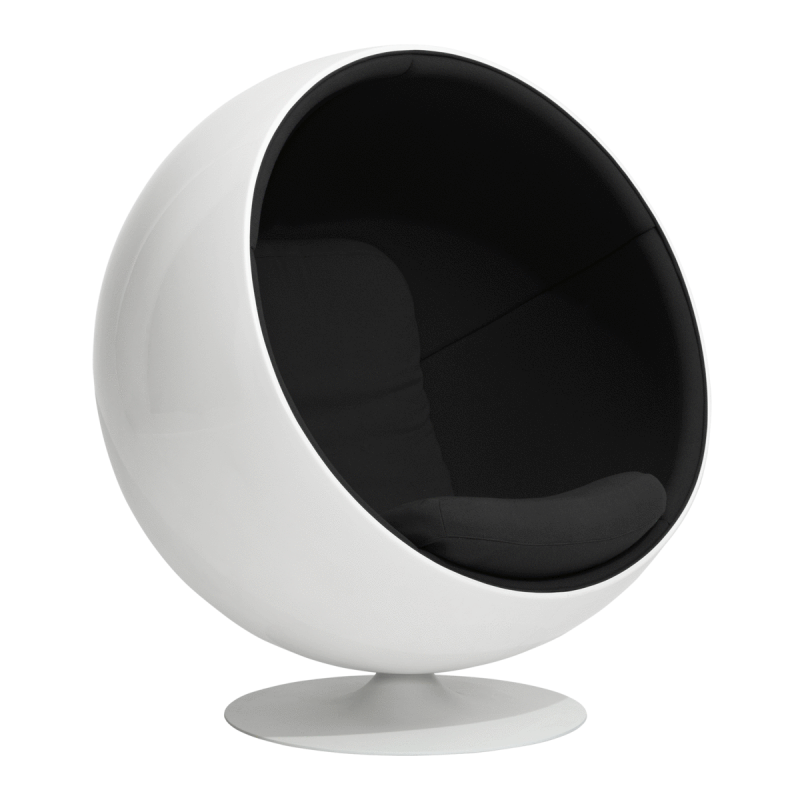 The Ball Chair was designed in 1963 and debuted at the Cologne Furniture Fair in 1966. The chair is one of the most famous and beloved classics of Finnish design and it was the international breakthrough of Eero Aarnio. The Ball Chair can be found in the collections of design museums around the world and it has starred in several movies, music videos and magazine covers.

The Ball Chair is made from fibreglass and upholstered with Kvadrat's quality fabrics Tonus and Hallingdal. There are 15 colour options

Specify the colour when ordering 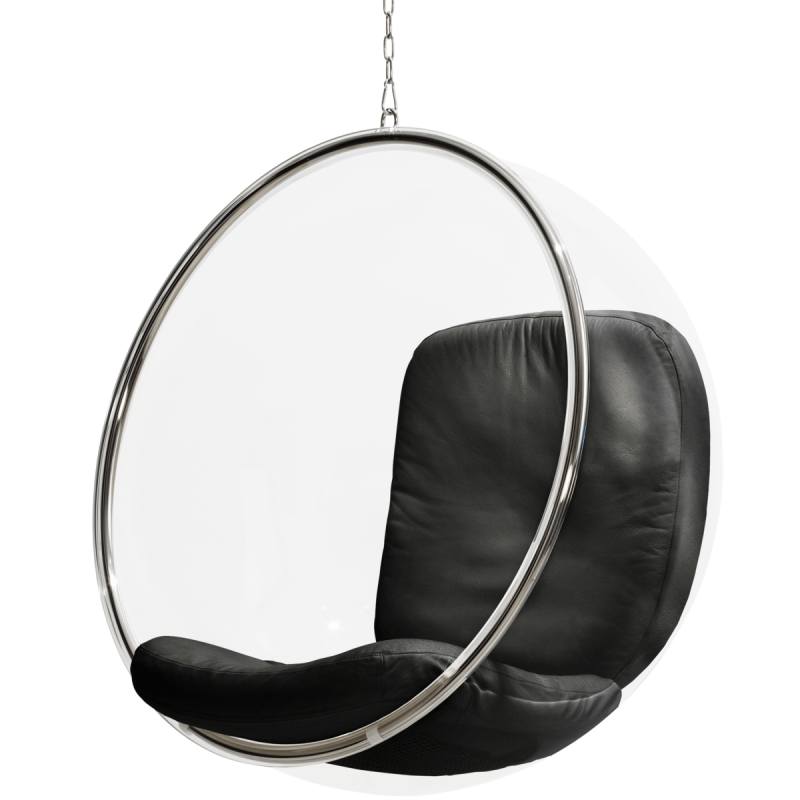 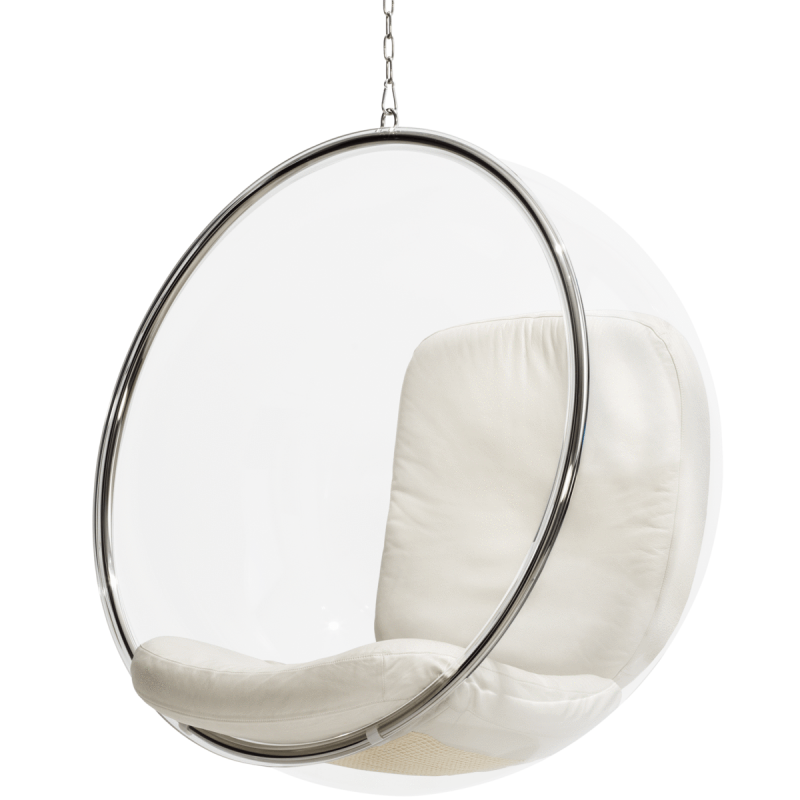 The Bubble chair was designed by Eero Aarnio in 1968. According to Eero’s notes, the Bubble hangs from the ceiling because ‘there is no nice way to make a clear pedestal.’ It shares the same unique acoustics as the Ball Chair, a little cocoon that shields off the outside world.

The hanging Bubble chair is made from acrylic and solid stainless steel, and is available in four different leather options by Sørensen Leather. 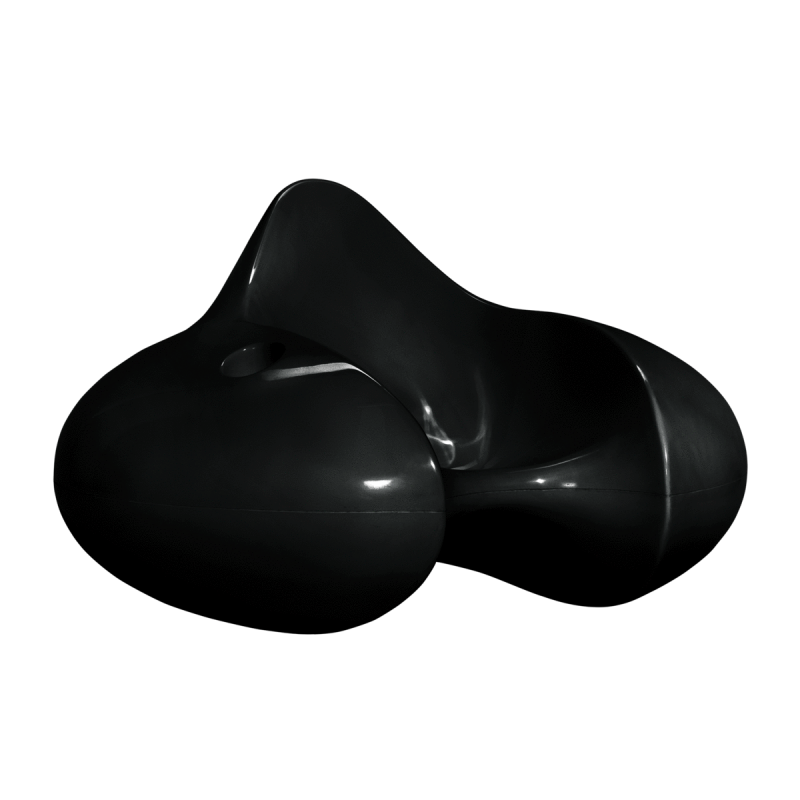 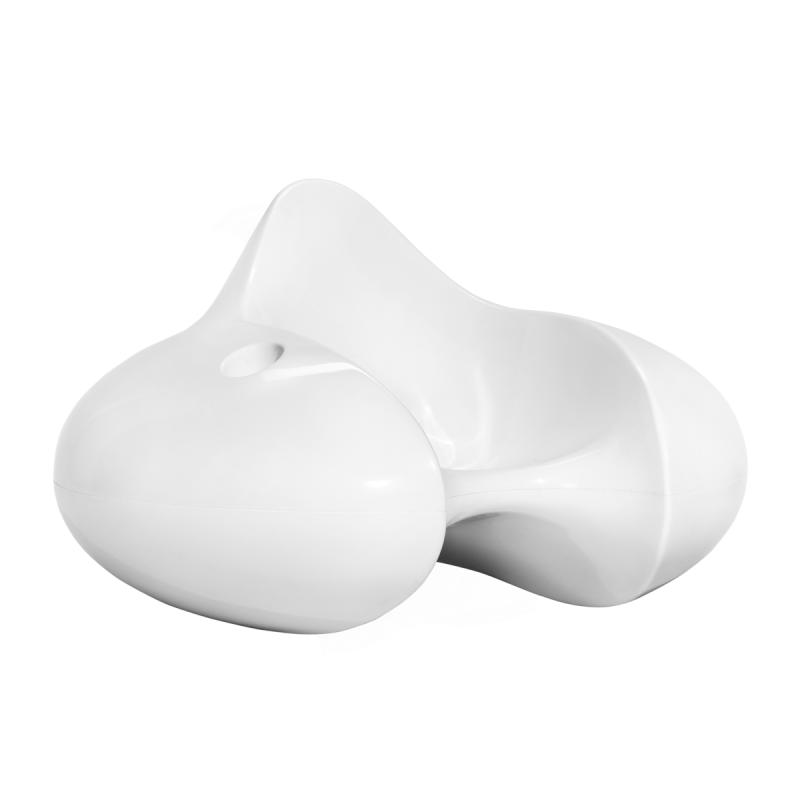 The Formula chair is similar to the classic Pastil, with an additional backrest. It is the response to Eero’s own personal challenge to combine the sculptural elements of his earlier fibreglass designs with the ergonomic solutions for comfortable seating. Formula was designed in 1998 by Eero Aarnio.

The Formula is available in three colors: black, white and red. 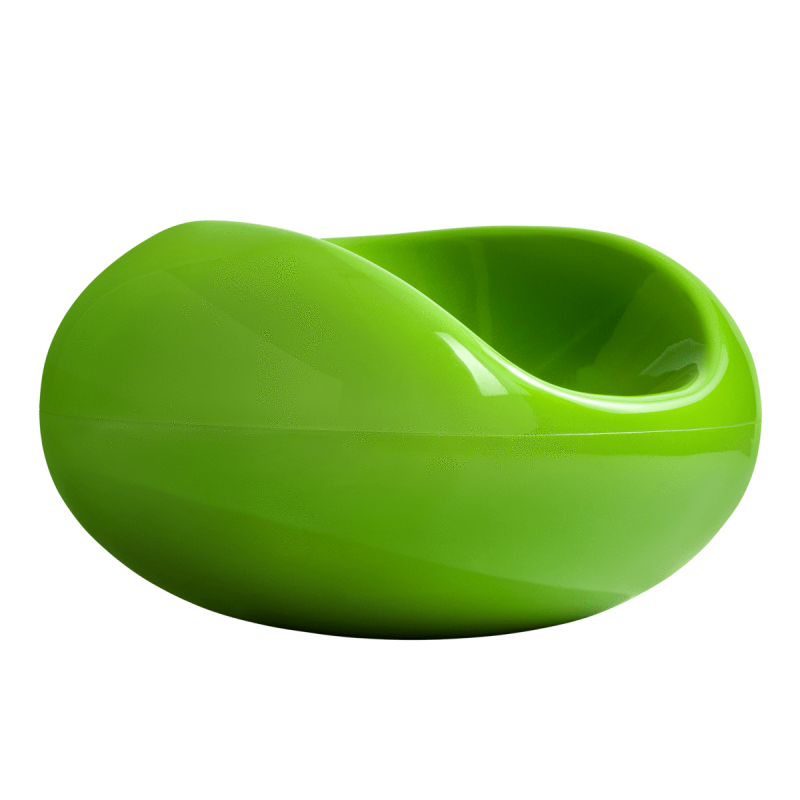 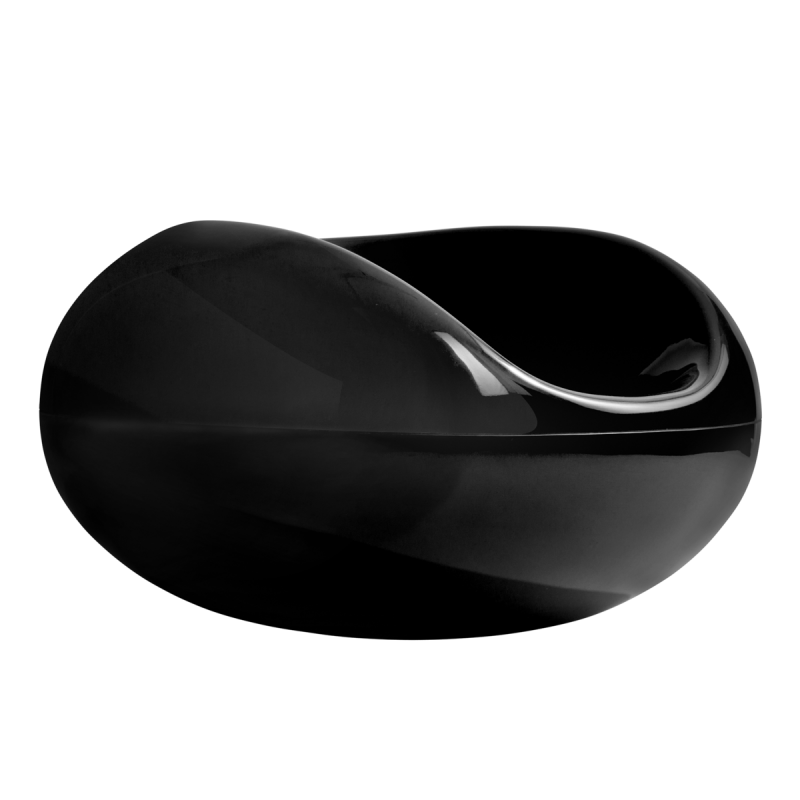 Eero Aarnio made the first prototype of the Pastil chair out of polystyrene, which helped him to verify the measurements, ergonomics and rocking ability. In 1968 he received the American Industrial Award for its comfortable form and unique aesthetic. This 'sweetie' was designed in 1967.

Eero’s approach to industrial design has often seen simple and hidden forms become real and visible objects. Screws are used in most pieces of furniture – but the Screw coffee table loses its hardware association and becomes part of a household in a new way. It is available in two sizes and three colours. The Screw was designed in 1991 by Eero Aarnio. 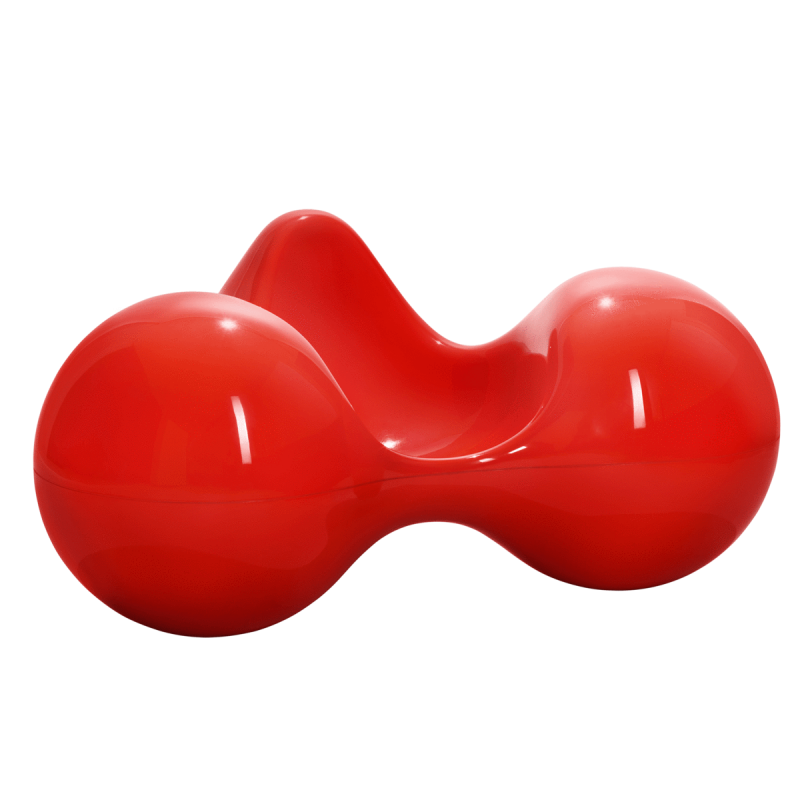 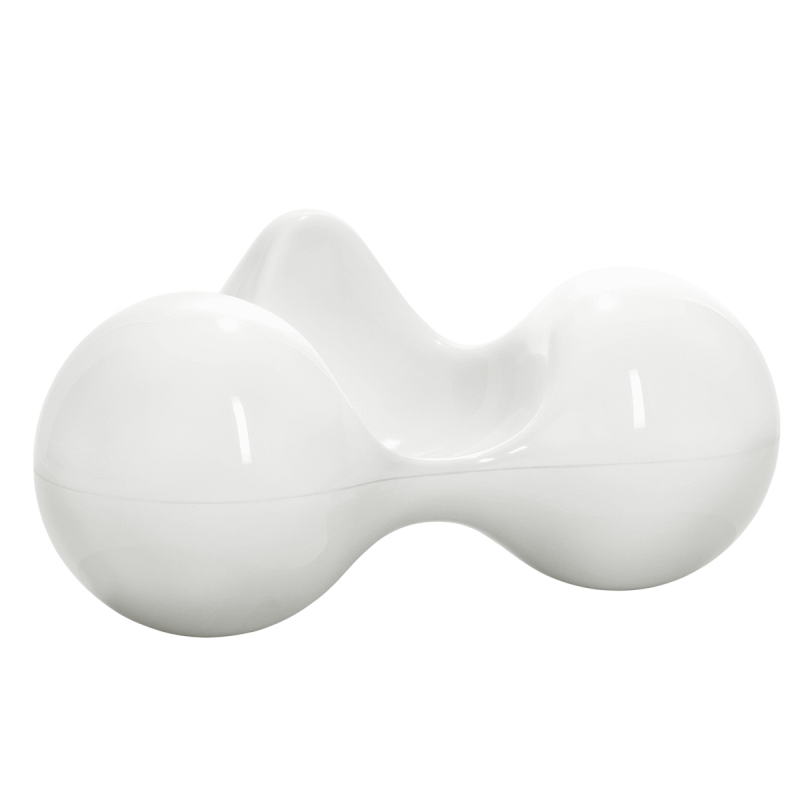 Eero has always been drawn to the circular form and is perhaps best known for his designs ‘without edges’. The Tomato chair combines three circles on a basic seat, with two as armrests, one stretched to be a comfortable back. It is made of fibreglass which makes it suitable for outdoor use as well. Tomato was designed in 1971 by Eero Aarnio.

Back to top 